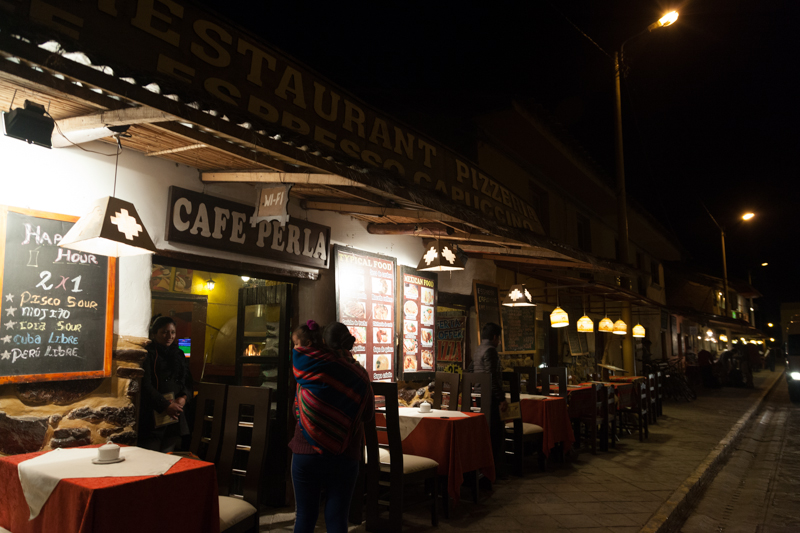 My journey to Machu Picchu starts in Toronto airport where I just flew in from Vancouver. It was a 4 and a half hour flight. At the airport, I saw a Tim Hortons and bought a chicken sandwich. It was a good-sized sandwich for only $3 so I decided to get another one to bring to the plane with me and save on buying food from the plane.

TIP: I didn’t realize that for international flights, the food was included and didn’t need to be purchased.

I arrived in Lima from Toronto at 12:45am. I think I had about 4 hours of sleep. I figured it was about 10:45pm in Vancouver. It was hot and humid that it reminded me of the airport in the Philippines. Coming from Canada, I was wearing two jackets.

I remember seeing a couple of money exchange places in Lima Airport. From my research I read that the rate is better if you go outside the airport. I decided to wait till I got to Cusco to change my money to Soles.

I needed to go to a LAN airlines counter to get my boarding pass for my flight from Lima to Cusco. I asked the information booth where the counter is. She couldn’t speak English but I understood enough that I should step out of the building and enter another door in the same building where the airline counters are. It was a short walk of about 30 feet.

Talking to the LAN representative was ok because he could speak English. I got my boarding pass than I asked him if there are money exchange places in Cusco airport. He said there were.

TIP: He also said that the banks were safer to exchange your money and they give better rates than the money exchange places at the airport.

After I got my boarding pass to Cusco, I was told to hang around the restaurants on the second floor of the airport because the departure gates don’t open until 4:00am or something. There were other locals and tourists who also seemed to be waiting for their flights to Cusco. I was looking at the restaurants and there were American fast food places like KFC and Papa John’s Pizza. But I also saw a local fast food restaurant that served Pollo Ala Brassa, which was on my list of foods to try in Peru. So that was good to know. I can have that coming back.

I think I was able to get another hour of sleep in the waiting area but when I woke up I still felt tired. It was about 4:00am (or 2am in Vancouver) and I proceeded to the departure gates. I only had a backpack with me so it was easy to get through the security area. I then proceeded to the gate of my plane.

TIP: In Lima airport, they don’t announce that it’s time to board your flight. There’s a boarding time on your ticket and you just line up at the counter when it’s time to board. You also board a shuttle van first which will take you to the plane, then you board the plane from the tarmac.

The flight from Lima to Cusco was about an hour and a half. They served drinks and a snack. I’m not even sure if the plane went over 30,000 feet because I could clearly see the Andes mountains below and it was such a short flight. Either that or the Andes mountains were just so high. I think I was able to catch another 30 minutes of sleep on the plane.

We arrived in Cusco at around 6:30am. Cusco airport was a lot smaller than Lima airport. There were a lot of tour company kiosks with people trying to sell you tours and packages. There were also a lot of taxi and other transportation services asking you if you needed a ride.

My next steps were to exchange my money for Peruvian soles and get a taxi to Pavitos where I can take a collectivo to Ollantaytambo. I walked around the airport terminal to look for an information booth and a money exchange place. It was still early and the information booth was still closed. I also didn’t find any money exchange place and that got me worried. I was wandering around the area trying to look positive and thinking of my next move. In the meantime many transportation and tour operators can see that I’m a bit lost and kept bugging me if I wanted a ride. I didn’t trust anybody. Then I saw a female security guard walking around and asked her what time the information booth opened. She said it will open at about 8:00am which was in an hour. So I hanged out at an area where there are seats and just rested. I was still tired from my flights and it was about 7:00am (or 5am in Vancouver).

TIP: Check the rates in different money exchange places. There is a difference.

My next step was to get to Pavitos where I can get a collectivo to Ollantaytambo. I asked the lady in the information booth if she is familiar with Pavitos. She said she was. It turns out a lot of tourists head to Pavitos to do the same thing. Then she gave me a good tip about the taxis.

It was about a 10 minute ride from the airport to Pavitos. Riding the streets of Cusco reminded me of the Philippines where the roads are dusty and drivers are a bit crazy. When we got to Pavitos, it was just how I saw it in Google street view.

TIP: It’s good to look at the places you’re going to in Google street view before going there to familiarize yourself with the area. Printing out a map is good too.

The cab dropped me off at the collectivo station itself. There was a man calling out ‘Ollanta, Ollanta!’ meaning their van is going to Ollantaytambo. It really reminded me of the jeepneys in the Philippines. Then a man asked me if I was going to Ollantaytambo and I said yes. I checked the price, which was 10 soles, and then he led me into the mini van. We waited till the van was full before we left. 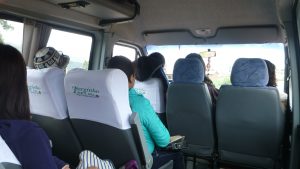 The trip was about an hour and a half. We passed through the sacred valley which I saw for the first time. It was really nice to see the Andes mountains. The small towns were also nice and I saw a lot of Quechua people in their traditional outfits. I wanted to start taking photos right away but held off.

TIP: It’s good to sit near the front of the van so you can easily ask the driver if you’re near or at the destination already.

When we got to Ollantaytambo, it was just how I saw it in Google map and street view. The collectivo dropped us off at the main square. I had a printed map with me but I still asked around for general directions just to make sure. Ollantaytambo was small enough that you can walk the entire village in less than half a day.

I walked towards the direction of my hostel and found my hostel right away. Again, Google street view helped a lot so I didn’t have to look around too much especially because I was tired and my backpack was getting heavy.

I booked for two nights in Inka Paradise through hostelworld.com. When I got there, the manager David was already expecting me. I’ve corresponded with him through email and confirmed my arrival before I left Vancouver. I checked in at the front desk at about 11:30am and David brought me to my room. I also bought a large, 2.5 litter bottled water for 5 soles from him. I ate the sandwich I bought from Tim Hortons, brushed my teeth, walked around the hostel a bit and decided to catch up on my sleep. I fell asleep around 1pm. 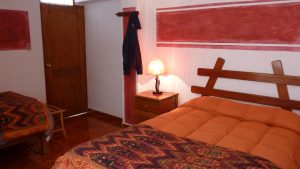 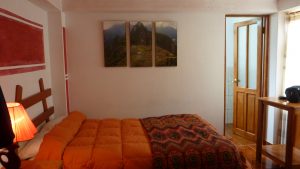 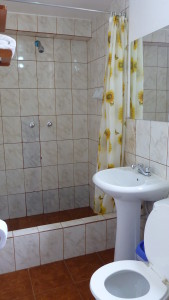 When I woke up, it was about 5pm so I had another 4 hours of sleep. The sun was still out but it was about to set in the next 30 minutes.

TIP: It’s good to know the sunrise and sunset times to know the good times to take photos and in case you don’t want to walk around when it’s dark.

At about 7pm, I decided to walk around and look for something to eat. I checked first with David if it was safe to walk around at night. He said that it was safe to walk around up to 11pm. I decided to take another route that’s different from what I took to get to my hostel. Ollantaytambo had somewhat of a grid layout so you just needed a sense of direction. I saw a store at the corner outside my hostel that sold the same large, 2.5 litter bottle for only 4 soles so I decided I’ll get my water from there the next day.

I walked towards the main square which was about 5 minutes from my hostel and saw many restaurants around the square. There were waiters outside the restaurants urging you to read their menu and eat at their restaurant. I took the bait at the first restaurant, Cafe Perla, because I was hungry and it looked like a decent place even though I thought it might be a tourist trap. I ordered the alpaca steak which was on my food list. The meat was a bit tough but the flavor wasn’t bad. 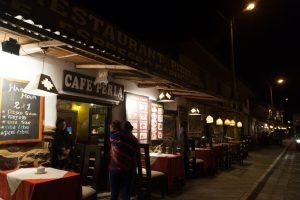 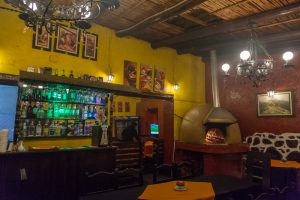 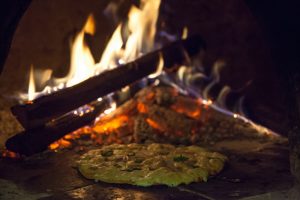 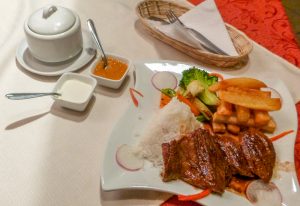 After dinner, I walked around the square a bit before walking back to my lostel.

TIP: To see Moray and Salinas de Maras, you take a collectivo to Urubamba for 1.50 soles, transfer to a bus to Cusco for 2 soles, get off at Maras, then take a cab for about 30-40 soles for a tour of those two places.

And that was my first day.