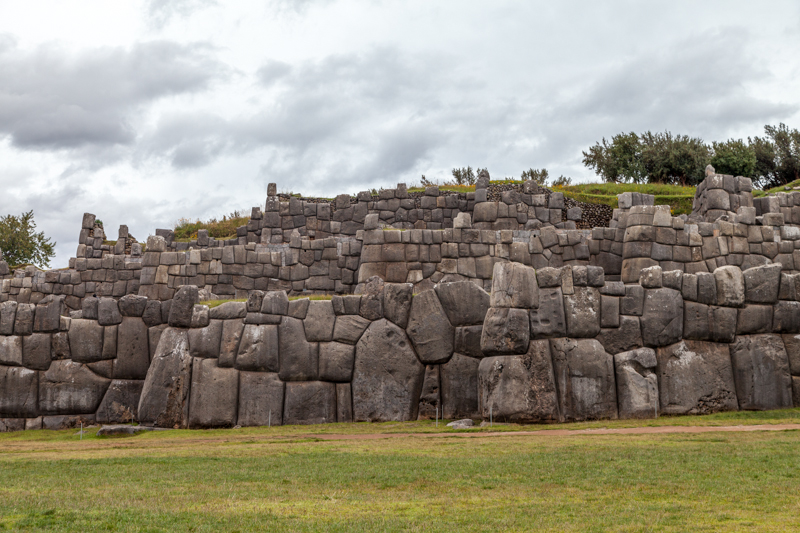 I woke up at about 8:30 and headed to the dining area to have breakfast just before 9am. To my surprise, the couple from the Asian group that I met last night were just about to finish their breakfast there too. I said hi and they asked me to join them. It turned out they were staying in the same hostel. We chatted a bit about our trip so far and their upcoming hike to the Inca trail. The girl who I found out was a pediatrician did most of the talking. Anyway, they were finished with their breakfast and it was time for them to prepare for their trip to Ollantaytambo where they will start their hike.

After breakfast, I got my stuff ready and checked out at 10:00am. My plane wouldn’t leave until 6:00pm and I had to be at the airport at 4:00pm, which means I had about 6 hours to kill. I decided to just hang out in the waiting room of the hostel where there was wi-fi. I figured I’ll just catch up on my messages on social media. I wasn’t alone at the waiting room though. There was a Filipina girl who was also hanging out there waiting for her bus that would take her to Lima. She was supposed to be in a group that would hike the Inca trail but she was having a bad case of altitude sickness that she hadn’t slept in 3 nights.

At around 1:00pm I went back to the restaurant across the street to have lunch. They had a prix fix menu of appetizer, soup and main course for 8 soles, as the girl from the Asian group said. So that was a good deal and the food was good. This time I had the Sopa de quinoa and Asado a la olla. 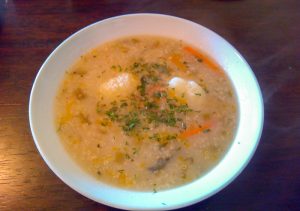 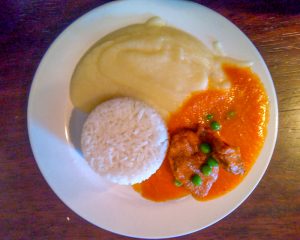 I went back to the hostel’s waiting room and I still had about two hours to kill. I went back to chatting with my friends on social media and the Filipina girl who was still there. At 3:30pm I called a cab to take me to the airport which cost 6 soles. When I checked in with LAN airlines for my flight, they said that because of weather conditions, they will put me in an earlier flight at 5:00pm. It was good that I didn’t have to wait too much but then my waiting time in Lima became longer because I was leaving for Toronto at 2:00am. This was another thing I didn’t like too much about this trip. Some of the flight departure and arrival times are crazy and some layover times were really long. But it’s ok.

The plane took off from Cusco just in time for sunset and I was treated to a great view of the Andes mountains. I took some videos to add to the home movie of my trip that I planned to make. Again I’m not sure if we went up to more than 30,000 feet because the mountains seemed so close.

We arrived in Lima at around 6:45pm and I still had a lot of time to kill. The Air Canada counter wasn’t even open yet so I couldn’t get my boarding pass. I was told that it will open three hours before my flight. So I decided to head upstairs to where the restaurants were and have dinner. I remember there was that place that served Pollo ala brassa and I was looking forward to having it. And it was as good as I expected it to be. 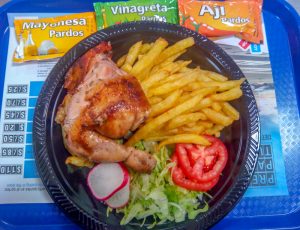 After dinner, I went to check out the money exchange places. There were at least a couple of them in the airport. I went to the one downstairs because they had better rates. I still had 100 soles with me which was about US$31. Before my trip, I read online that I might have to pay $30 for the airport terminal fee. But it turned out that it was already included with my plane ticket so that was good.

It was about 8:00pm and I still had plenty of time. I saw that the airport had a Catholic chapel. So I went there and thanked God for my trip. It was nice and cool in the chapel too compared to the humidity of Lima. After that I went back to the restaurants to hang out and sleep a little. At about 11:00PM I went downstairs to the Air Canada counter to get my boarding pass. At 2:00am, we finally boarded our flight to Toronto. And that was the end of my trip.