“Nature is not a place to visit. It is home” – Gary Snyder 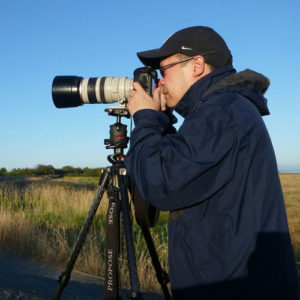 Art is a photographer currently based in Vancouver, BC. When he was a teenager, Art’s family moved to New York from the Philippines. He was given his first camera – a Kodak Ektralite 500 which used a 110 film. Inspired by his new surroundings, Art took hundreds of photos with that camera. If he wasn’t taking photos of his family and friends, he would be taking photos of New York’s famous landmarks and buildings.

Many years and cameras later, Art kept learning and getting better at his craft. Nothing excites him more than studying the works of past and present photographers. His biggest influences include Ansel Adams (Landscape), Henri Cartier-Bresson (Street), Art Wolfe (Nature), Jimmy Chin and Cory Richards (Adventure), Michael Yamashita and Joel Sartore (Nat Geo), and Jennifer Wu (Night Photography). “I’ve experimented with different genres and styles in rendering my photos.”, says Art, “In the end, it’s about finding your own voice. For me, I like minimalist, clean photos with natural colours.”

Art likes different types of photography genres but his main passion is in landscapes and cityscapes. For landscapes, Art sees something spiritual in photographing mountains, valleys, oceans, rivers, lakes, waterfalls, stars, clouds, sunrises and sunsets, and even birds and other animals. That spiritual aspect is what he wants to bring out in his photos. He says, “God creates this beauty everyday and I hope to capture it as closely as God designed them to be seen.” Art likes hiking, mountain biking, kayaking and camping. Most of the photos in his collection are from these outdoor activities.

For cityscapes, Art likes to bring out the character and energy of a city. For a city like New York, he likes how dynamic the city is and how it is ever changing with its mix of old and new buildings. “It’s like the city has a life of its own. I go back to New York regularly and each time I come back it seems like there’s always something new.”, says Art. “What happened in 9-11 is similar to a forest fire. It was heartbreaking to learn about the lives that were lost and the structures that were destroyed, but life and hope eventually return.” Art also appreciates architectural details from the classic buildings like the Empire State Building, New York Public Library and the Metropolitan Museum of Art to the modern buildings like the Oculus, Hearst Tower and Freedom Tower.

Art is a Canon photographer. His photography equipment consists of a Canon 5D full frame camera with professional lenses.